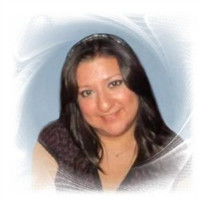 Veronica Corral Castro, 48, of Joliet, passed away on Sunday, July 24, 2016 at home with family by her side. Born December, 4, 1967 in El Paso, Texas to Porfirio Jr. (Pilo) and Juana Corral. She graduated from Joliet Central High School,... View Obituary & Service Information

The family of Veronica Castro created this Life Tributes page to make it easy to share your memories.

Veronica Corral Castro, 48, of Joliet, passed away on Sunday,...

Send flowers to the Castro family.