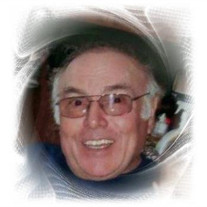 Severo Alanís, age 78, passed away peacefully on July 8, 2019 at Loyola Medical Center, Maywood, IL. He was surrounded by family. Severo was born June 22nd, 1941, in the municipality of Los Aldamas, Nuevo León, Mexico. The youngest of 10 children, he regularly traveled to the U.S. with his brothers before later establishing himself in the Bronx, NYC. It was there he learned how to weld, a skill that would eventually become his career. He was a fiercely independent and self-sufficient spirit, traveling throughout the U.S. and Mexico to support himself and his family, first as a laborer, then as a professional welder. He met his wife, Sanjuana, in Ciudad Miguel Alemán, Tamaulipas, where she was working as a cashier at a grocery store. Shortly after their wedding, Severo and his wife moved to Chicago. He worked as a union pipefitter-welder with the Pipefitters Local 597 and eventually came to settle in the town of Braidwood, IL, where he and his wife raised their three children, and where they themselves have resided for the past 41 years. He became an American citizen in 1993. True to his name, Severo was both stern and sensitive, and selflessly devoted his life to seeing that his family was always secure and cared for. His greatest source of pride and joy rested with his family and the immense sacrifices he made to ensure they had as many opportunities in life as possible. Despite the many challenges he faced in his own life, and despite his occasionally gruff demeanor (he affectionately referred to himself as “The Old Grouch”), his heart was still gentle with his family, especially with his grandchildren. He enjoyed his privacy, preferring the company of his family and the relative tranquility of secluded small-town life. Nevertheless, he was always an active and restless individual, and never fully "settled"; he prided himself on the countless jobs he performed around his home, a house he mostly built himself. He appreciated simple pleasures: spending time with his family, enjoying a cold cerveza (or several), cooking homemade meals for his family, talking with long-distance friends and relatives, playing with his son's cat, and watching television with his wife. He is survived by his wife of 45 years, Sanjuana (née García); three children: Maria, Lucila, and Edwin; a brother, Crescencio; five grandchildren: Maria, Dalton, Matthew, Eric, and Isabella; sons-in-law Jerry and Richard; numerous beloved cousins, nephews, and nieces; and many close friends.

The family of Severo Alanis created this Life Tributes page to make it easy to share your memories.

Send flowers to the Alanis family.