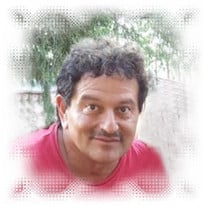 Oscar Silvas del Rio, age 59, passed away unexpectedly on Wednesday January 9, 2019. Born May 12, 1959 and was a lifelong resident of Joliet. Oscar served in the U. S. Marine Corps. He also attended Our Lady of Mt. Carmel Catholic Church, and... View Obituary & Service Information

The family of Oscar Silvas del Rio created this Life Tributes page to make it easy to share your memories.