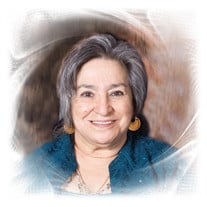 Marcella Zamudio (nee Baca) Age 81, at rest Wednesday, August 3, 2016, with family at her side. Marcella was born August 2, 1935 in Valencia, New Mexico and a lifelong resident of Joliet. Marcella loved to dance and loved listening to Vicente... View Obituary & Service Information

The family of Marcella Zamudio created this Life Tributes page to make it easy to share your memories.

Send flowers to the Zamudio family.