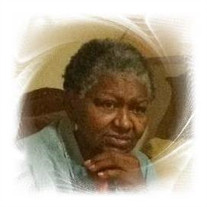 A funny lady was called home to give God a laugh. Dorothy Jane Riley was born on December 19, 1945 in Knoxville, Tennessee to Bill Riley and Lucille Elizabeth Cox.  In 1950, Dorothy relocated to Chicago, IL with her mother and late grandmother Frances Hardy. Dorothy along with her mother and siblings lived on the the west side for some years. Being the eldest sibling, Dorothy imparted love and wisdom upon her younger siblings.  As a young girl, Dorothy enjoyed singing in the choir. She attended Gladstone Elementary School and went on to graduate from Richard T. Crane High School. She later relocated to the south side of Chicago IL, (Roseland), where she raised her children. While pursuing a nursing career at Richard T. Crane College, she also helped to raise her nine siblings. In her early adult life, Dorothy worked at Hines VA hospital. She transferred from the Hines VA location to the West Side VA location where she retired in 1995. After her retirement from the V.A Hospital, she completed a certified nursing program.  She began working for Jackson Hospital where she completed many successful years as a Certified Nursing Assistant. Affectionately known as Tree, Dot and Dottie Row she was beautiful, smart and witty. She loved to cook meals, eat, drink, laugh and live life.  She was the life of the party and enjoyed spending her free time with her family and friends. She had an impeccable memory and showered her loved ones with the gift of past and present events in her life.  She did so with such liveliness, that all were delighted to hear her narratives. Dorothy Jane Riley departed this life on March 23, 2019 at 1:41 a.m.   She was preceded in death by her grandmother, Frances Hardy; father, Bill Riley; brother, L,C, Riley; aunt, Jean Hardy-Rodgers; two uncles, James and Harrison Gowin; mother, Lucille Elizabeth Cox; two sons, Tracey Darnell Dobbs and Gregory Carlton Riley. She leaves to cherish her memory; one daughter, Tiffany Renee Riley; Six grandchildren; Tionia R. Reynolds, Keyona D. Riley, SirMelvin Lamb, SirGregory C. Riley, Cynia A. Riley and Samantha M. Riley, three great grandchildren; Kamari, Kingston, and SirMarion, 8 brothers; Marvis (Eva), Andrew, Frank, Wallace (Linda), Michael (Annie), Steve (Tamara)  and twin brothers Eddie and Edward (May); three sister’s, Bunny (Bridy), Joan and Patricia, and a host of nieces, nephews and cousins.

A funny lady was called home to give God a laugh. Dorothy Jane Riley was born on December 19, 1945 in Knoxville, Tennessee to Bill Riley and Lucille Elizabeth Cox.  In 1950, Dorothy relocated to Chicago, IL with her mother and late grandmother... View Obituary & Service Information

The family of Dorothy Jane Riley created this Life Tributes page to make it easy to share your memories.

A funny lady was called home to give God a laugh.

Send flowers to the Riley family.