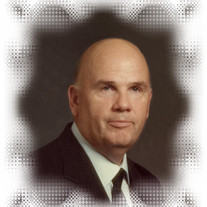 David Edward Downey was born December 6, 1930 to the parents of Glenn and Gladys Downey (Nee Fildes) in Joliet, IL. David was the youngest of three children, older brothers were Glenn and Gerald. David attended Culbertson Grade School, where he was in the Elementary School marching band. He attended Washington Jr. High and graduated from Joliet Central High School in 1948, at age 17, in three and a half years; where he was in the National Honor Society. In high school, at the age of 16, David preached his first sermon, on the 10 lepers, at the Morning Star Mission in Joliet. Also in High School, David met his wife to be, Ruth Frey, in typing class. He married his high school sweetheart on August 28, 1949, which would be 69 yrs. ago in August. She was a great servant of the Lord and has gone on to her reward in heaven. He went on to Cincinnati bible Seminary, and graduated with Bachelor’s Degree, a 4 year ministerial degree. He was ordained a minister on December 21, 1952. David attained his 65th ordination anniversary last Dec. 21, 2017. After graduation from College, and some ministries, he returned to Joliet and worked at American Steel and Wire Mill, and held numerous part-time jobs. He was looking to raise enough money to start the Forest Park Church. It opened in 1957, under the N.T.N.E. Committee of First Christian Church of Joliet, IL. His home church. In the 1960’s David was voted “Man of the Year” by the Chicago District Evangelist Association/ Ignite. David has preached the gospel not only in Joliet, but also in the Chicago area at Paxton Ave. & Morgan Park churches; and in Southern IL, Indiana, Missouri, and Kentucky. In the 1990’s, David received a “Distinguished Service Award” from Joliet Junior College. This was for encouraging many to achieve a higher education, in particular in Bible Colleges, and for them to live productive and exemplary lives. Thousands of lives have been touched through his ministries since he began the N.T.N.E. work with a vacation Bible school at the Joliet Eliza Kelly School. David retired from his mission work with New Testament Negro Evangelism after 58 years of service, in 2015, at the age of 84. No one knows how great the continuing impact of this one man will be in the coming decades, from the many souls that he converted to Christ. His efforts will not be forgotten by many families in the Joliet, IL and Chicago, IL areas and elsewhere. Many of which are in leadership, ministry or church involvement and community outreach where they are today. He has been a great servant of the Lord. David and Ruth were blessed with six children, four daughters and two sons. Four are living and two deceased. David has 13 grandchildren, 20 great grandchildren and 2 great, great grandchildren. His children are Joyce Mitchell of Martin, KY (Gary); Mary Lirot of Joliet, IL (Bob); Darlene Christenson of Virginia Beach, Virginia (Steve); David S. Downey (deceased); Phillip Downey of Minooka, IL (Jackie); and Chris Walton (deceased) of Joliet, IL (Donny). He is survived by his wife, Margaret Mae Richardson, also a great servant of the Lord. At his passing David was 87 years old. He was a loving Christian husband, father, grandfather, great grandfather and great, great grandfather. He has served the Lord well. God rest his soul.

The family of David Edward Downey created this Life Tributes page to make it easy to share your memories.

Send flowers to the Downey family.