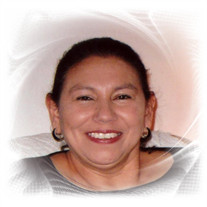 Cynthia Rose Cole, age 62, passed away unexpected on Friday February 2, 2019. She is survived by her fiancé of 23 years, Robert ” Bob” Margentina; mother, Jacqueline Garcia; children, Collin (Lori) Kezerle, Kevin Cole, Kayla Miller, Jason Margentina, and Nicky Margentina; five grandchildren, Victoria, Michael, Amelia, Jonathan, and Nicholas; four brothers, Ralph, Danny, Ray, and Jimmy Garcia; and numerous aunts, uncles, nephews, nieces and several great friends. Cynthia was a lifelong resident of Joliet and a graduate of Joliet Central High School. She was an artist and even painted murals on Joliet’s east side. She had a great sense of humor, but most of all she had a great heart. Cynthia was an animal lover of all sorts- cats, dogs, rabbits, squirrels, raccoons, skunks, you name it, she loved and took care of them. She assisted in an animal rescue where she would help raise, bottle feed, and get the rescued animals back to good health. Cynthia also had a huge heart for the people around her. She would cook for the neighborhood kids, take those in need shopping, and was a person that would literally give the coat off her back. She was a loving grandmother, who enjoyed being around “her peanuts.” Cynthia will be truly missed by her dear family and several great friends.

The family of Cynthia Rose Cole created this Life Tributes page to make it easy to share your memories.

Send flowers to the Cole family.