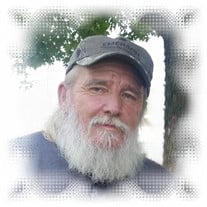 Charles P. Juricic Sr. "Chuck" Age 64 passed away Sunday September 17, 2017. He was born August 26, 1953 in Joliet. Chuck known as “Papa Bear” or “Butcher” to many was born with a heart of gold. He lived on the east side of Joliet most of his life. He made many longtime friends and many from his years as a member of the East Side A.C. Charles worked at US Steel during the hay day of the industry, working alongside many of his family members. When the steel mill closed he worked at Universal Lockport and eventually retired from ATMI. His passion for the outdoors brought him down to the farm “God’s Country” on the Kankakee River where many great memories were made. We can’t forget his love for the Green Bay Packers and his knack for making you smile with his funny sayings. Charles will be deeply missed. Preceded in death by his parents, Paul P. Sr. and Frances (nee Kucera); one brother Paul Jr. Juricic; two sisters, Joyce Horwath and Mary Ellen Walsh. Survived by his loving wife of fourteen years, Cynthia L. “Cindy” (nee Morris); his three children, Charles Jr. (Tiffany), Starrlene (Chris) Franzen of Wilmington and Brian of Custer Park. Eight grandchildren that lovingly called him “Papa with whiskers”, Justine, Haylie, Madison, Mirra, Kalli Juricic, Brianna, Cody Franzen and Jaymen Flood; siblings, John Juricic Sr., Jean Harvey and Shirley Flynn. Step children, Jen, Heather and Brian all of California. Also survived by the mothers of his children, Denise (nee Weeks) Hiller and Elizabeth (nee Coggins) Link; a special shout out to longtime friends, Joe (Sam) and Joey Cronin and Mike Arbanas whom he loved to spend time with hunting; his loving dog and companion Rocky; numerous nieces, nephews, family members and friends. VISITATION, DVD MEMORIAL & SERVICES: Thursday September 21, 2017, 4:00 – 8:00 p.m. at Delgado Funeral Chapel, 400 Landau Ave., Joliet. Live Visitation Webcasting also available on-line for details call (815) 774-9220. In lieu of flowers memorial to Joliet Area Hospice would be appreciated. Charles will be cremated in accordance to his wishes.

The family of Charles "Chuck" P. Juricic Sr. created this Life Tributes page to make it easy to share your memories.

Send flowers to the Juricic family.